Paris, the city of romance and dreams. Nightmares if you are an Arsenal fan. Eleven years on from Zaragoza, Arsenal returned to the French capital. This was the club’s first final in the Champions League (or even Cup, for that matter) with a record set for minutes between goals conceded. The build-up had been overshadowed by Thierry Henry’s potential departure to Barcelona.

I wonder if Arsène would change the substitution given the chance, keeping Pires on the pitch and taking Cesc off? Would it have made the difference between winning and losing?

I debated whether this was too soon to include in this series but frankly there is not a lot of choice. The Elephant will still be in the room this time next year and with a Catalan mother-in-law, I need to get this one out of the way as soon as is possible! 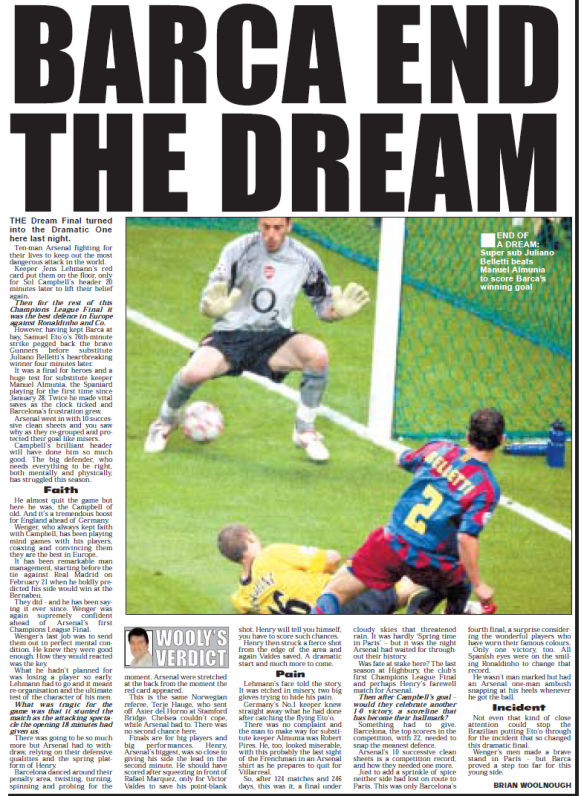