This was supposed to be played on the day before, the 19th which by happy coincidence is my birthday. It would have been a nice present, a trip to Wembley but I still remember the disappointment of seeing the date crossed out and amended to a Thursday night.

Having watched the initial match from the upper tier opposite the benches, and I suspect very nearly falling asleep in the process, we had tickets alongside the steps for this replay. The prices for the match had been significantly reduced, the face value on ours was £62 reduced to £40 which was a not insignificant outlay in those days. Thanks to John for organising the evening.

I cannot say that I remember much of the match itself; not through alcohol-induced amnesia, simply that it wasn’t that good a game. I can remember Wrighty scoring but not Waddle finding the net. And the moment where belief was suspended as it seemed Chris Woods might keep out Linighan’s late winner? I don’t need the dvd to remember that.

It was the peak of his career. Linighan signed in the summer of 1991, the months following the almost Invincible season. He was on a hiding to nothing; Bould and Adams were the incumbents of choice and most of us would have taken them as first choice even if they had one leg hanging off. He could do little right in many eyes, he bore the brunt of frustrations over the lack of investment following that title win.

Still, that didn’t matter for that moment in time. 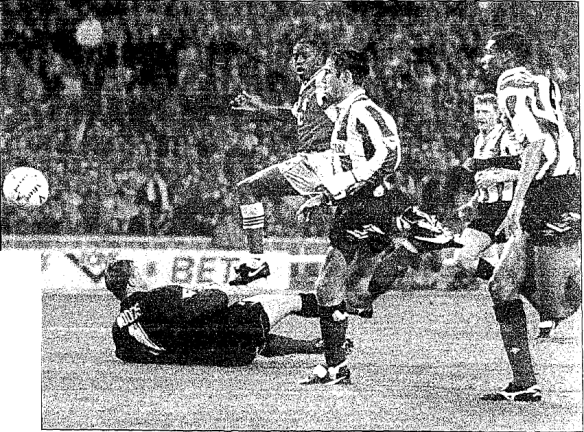 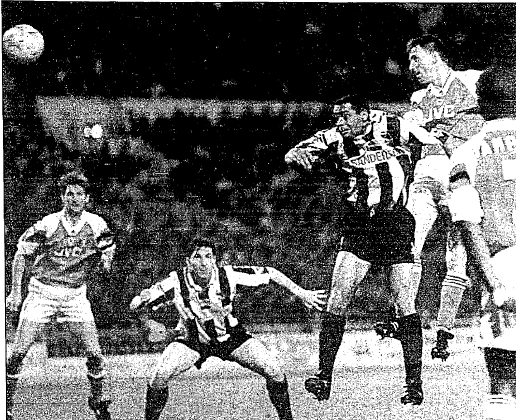