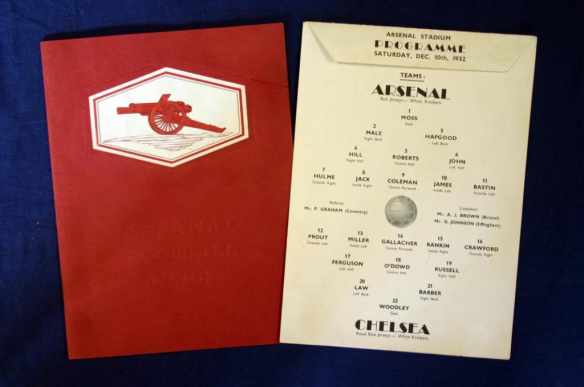 1932 was a busy season in terms of consolidating the identity of Arsenal in Islington. The tube station at Gillespie Road had been renamed to Arsenal. The West Stand had opened to the public for the visit of Newcastle United on 12th November 1932, the announcement made a few days prior to that match.

This was the official opening with the match almost a sideshow. Chelsea obliged by collapsing to a 4 – 1 defeat. Interestingly, the newspapers estimated the crowd to be in the region of 60,000; officially it has been recorded at a shade over 53,000.

Arsenal One Two Five has scans of the brochure of the day.