The two sides had met a four days previously in Lisbon with the Portuguese champions emerging victorious with a 2 – 0 scoreline. Set up as a double-header, Arsenal extracted suitable revenge at Highbury. As Champions and Cup Winners, Arsenal had been expected to play the Charity Shield but these matches and one three days later with Fejenoord as the opposition meant they were unavailable. Division Two Champions beat FA Cup runners-up Liverpool, at Filbert Street. 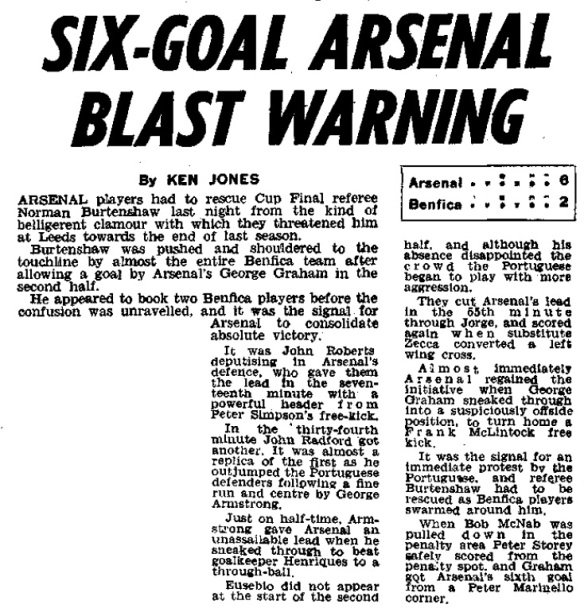