This 5 – 1 victory is Arsenal’s record win over Chelsea at Stamford Bridge, the first time they had scored five on the West London turf. It was a meeting between two franchise football teams, Arsenal were well ensconced in Islington by now and Chelsea? They were created to take a place in the Football League, not even managing a season or two of friendlies beforehand. Little wonder that Sir Henry Norris hated them with a passion.

I quite like the withering description of Chelsea’s performance from The Daily Worker at the bottom of these clippings. 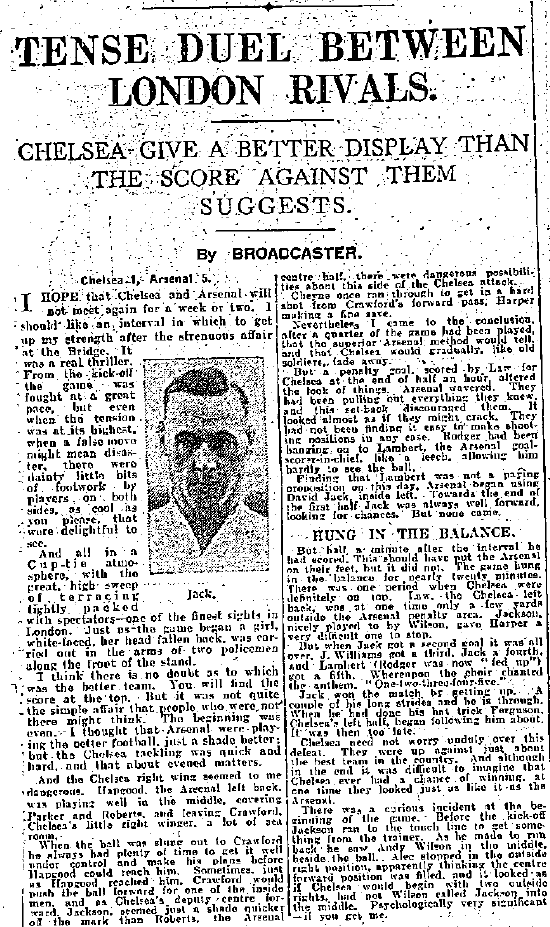