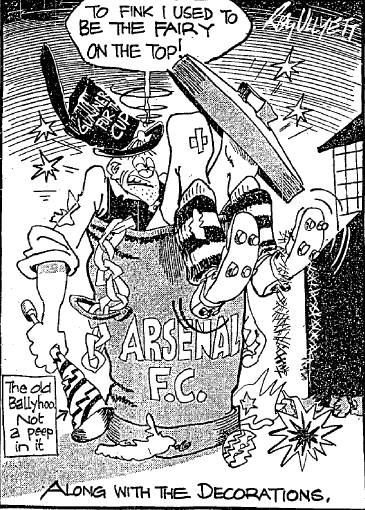 Arsenal arrived at The County Ground in thirteenth place in the First Division. Their hosts, Northampton Town, were 19th in the old Division Three (South). A cup upset seemed possible with Arsenal having lost their previous two games at Villa Park and Kenilworth Road but not really expected given their hosts lowly position.

With Walsall and Wrexham more in the consciousness due to the comparative status of Arsenal at those moments in time, this defeat is often forgotten but in the nation’s mind, this was still Arsenal, the fallen giant of the English game, sinking further into the mire. 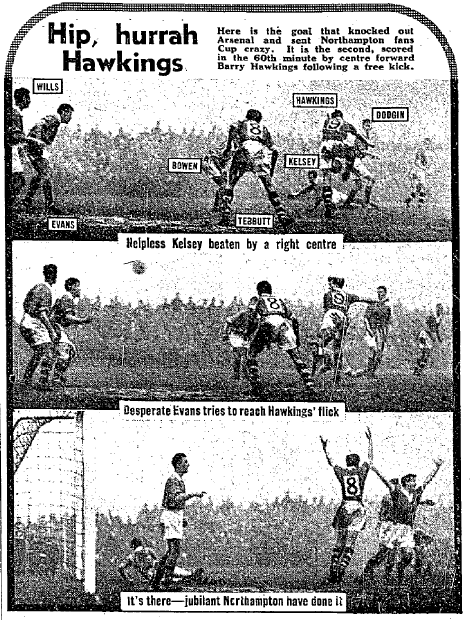 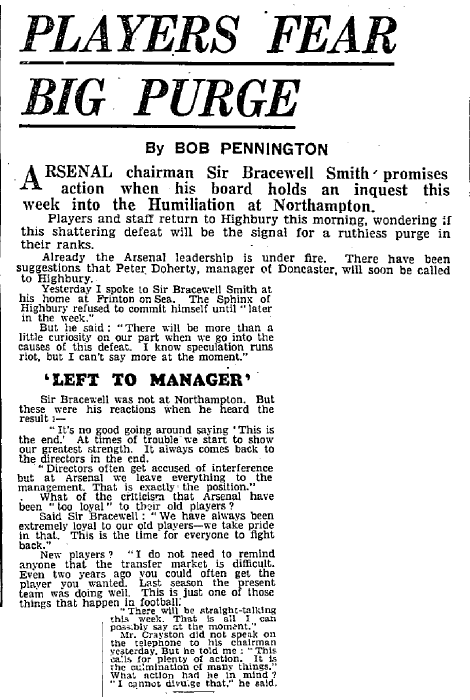 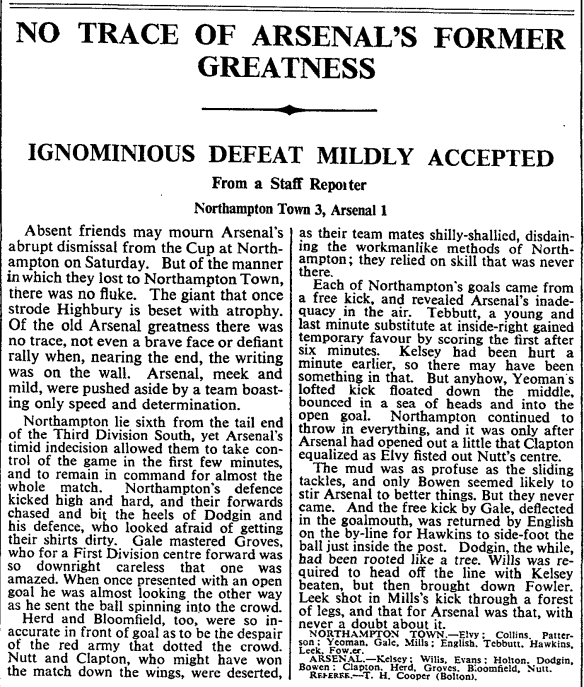 If the image does not read immediately in the page, click on it and a new tab will open with the clipping at its correct size.